The world’s leading supplier of entertainment and event technology solutions, Production Resource Group has increased its stock of 7.5mm LED within its Dubai operation to help support a growing demand for a high quality outdoor screen. The company recently took delivery of over 300 square metres of ROE MC-7 LED, which is a recognised touring product for large scale events.

Shortly after arriving in Dubai the screen was put to immediate use to support the opening ceremony of the 2016 Dubai Tour.

“The ROE was the perfect choice of screen for the event” said Bill Ainley, PRG Gearhouse’s Head of Video. “The client’s design and creative concept was based on a curved upstage screen and we had very little time to construct and then de-rig the screen given the location of the event.”

The event was held at the Westin Mina Seyahi Amphitheatre and included an intricate lighting design to make the stage an interactive area for choreographed live entertainment which including world famous cyclists performing stunts.

The lighting design included PRG’s proprietary ‘Best Boy HP’ moving lights. This sort after profile fixture is only available through PRG Gearhouse and uses a 1,500 watt HTI lamp to produce over 33,000 lumens.

PRG Gearhouse were appointed to provide full lighting and video for the event which took place at the Dubai Media City Amphitheatre and included performances from international artists including Rita Ora, The Vamps, Steve Aoki, Eva Simons and many more.

PRG Gearhouse’s Head of Lighting and project manager for the event, Damien Jackson commented; “It’s always a pleasure working with Done Events and their team. During the fit-up the ROE really shone through given the complex layered approach taken on the upstage screen design. It’s a fairly lightweight product, comes in and out quickly and its performance is rock solid”. 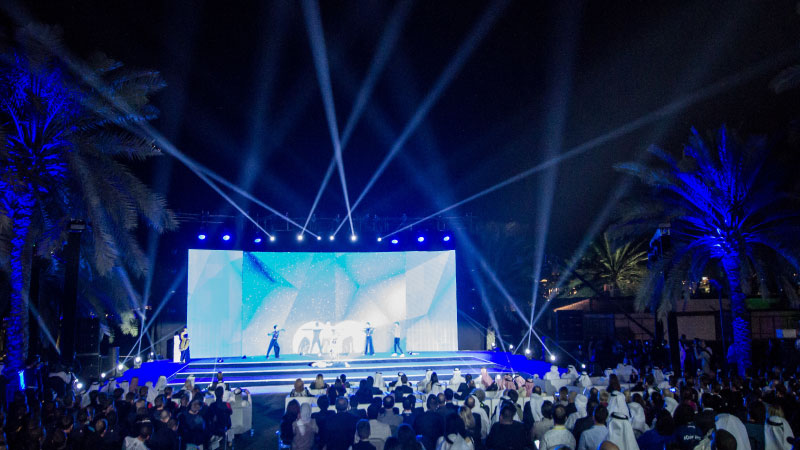